Download this essay as a Word document.
Discover more about Peter Straub at his official Web site.


Peter Straub is a jazz stylist of modern horror. Like the musicians whom he references frequently in his stories, he works at an art with deep-rooted traditions that he respectfully acknowledges. But also like those musicians, Straub works tirelessly to extend the range of those traditions, pushing them boldly into hitherto unexplored territory. He is extremely knowledgeable of horror standards and his fiction abounds with ingenious riffs and variations on its classic themes. Yet he is also a restlessly imaginative artist who synthesizes original and deeply personal creations from seemingly disparate elements of his compositions, and a versatile improviser who never approaches recurring ideas in his work the same way twice. 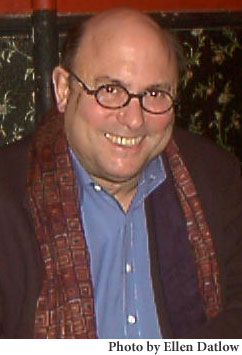 Straub came to writing horror by way of mainstream fiction, and he is arguably the most literary of contemporary horror writers, with influences that range from D.H. Lawrence to Vladimir Nabokov and John Ashberry. He was an established poet with two volumes of verse to his credit when his first novel, Marriages, was published in 1973. Like his second-written novel, Under Venus (not published until 1984), it was very much a tale of its time, concerned with characters in the grip of midlife emotional and spiritual crises and set in a realistically imagined post-1960s milieu. Particularly memorable in Marriages is an interlude of suggested supernaturalism that crystallizes the problems overwhelming its main character. In much of his fiction to come, Straub would show readers that supernatural experience is an effective tool for expressing states of intense emotion.

With his second published novel, Julia (1975), Straub brought his literary talents to bear on the Gothic tale. He was familiar with the form through his reading of its best-known practitioners-Poe, Hawthorne, Henry James, and other canonical writers-and although a modern story, his novel shows its indebtedness to its classic influences through its restrained and subtle approach to its theme. Julia is a ghost story, but through his dexterous handling of the narrative Straub keeps the reader uncertain until the last possible moment whether its haunt is genuine or the figment of its overwrought protagonist's distraught mind. A similar type of ambiguity propels his next novel, If You Could See Me Now (1977), another take on the ghost story theme that deftly uses an unreliable, possibly unbalanced narrator to cast doubt on whether its events are supernatural or the figments of a duplicitous, possibly deranged imagination.

Straub's first two novels received critical plaudits but were published at a time when horror fiction-or "occult" fiction as it was more commonly tagged in the marketplace-was often mishandled and poorly promoted by trade publishers squeamish at its seedy reputation as pulp fiction. (Indeed, Straub has cited horror's disrepute as working to his advantage, giving him the artistic freedom to experiment and develop his craft in a corner of the fiction market that received little critical scrutiny.) His next novel, Ghost Story (1979), was a critical and popular success and is acknowledged an influential landmark of modern horror that called attention to the creative possibilities of the well-told horror tale. More ambitious in scope than anything he had written up to that point, the novel is a full symphony to the chamber pieces represented by his previous books. Straub has attributed certain aspects of the novel--its kaleidoscopic narrative built from multiple character viewpoints and its more audacious deployment of explicit horrors--to the influence of Stephen King, whose work he had recently encountered and in whom he discovered a kindred spirit. But Ghost Story is very much the culmination of themes and approaches that Straub had already been developing in his writing, most notably the externalization of the potentially self-destructive doubts, anxieties, insecurities, and fears of the novel's everyday characters in the form of a predatory supernatural monster who demonstrates the terrifying frailties of their lives and all they hold dear. That monster, who assumes many guises throughout the novel--in particular the femme fatale Alma Mobley-is one of the most frightening manifestations of evil in modern horror. She is the "ghost" in this story, albeit in the same way that horrors of classic supernatural fiction were often called ghosts because they defied simple categorization. In fact, she is an archetypal ur-monster, whose shapeshifting capabilities have given rise to the myth of werewolves, vampires, and other iconic monsters of horror. Inhumanly malignant, she has no name of her own, only those of her many incarnations.

Having helped to formalize the structure and thematic concerns of the modern horror novel with Ghost Story, Straub disarmed readers with his next novel, Shadowland (1980). The tale of two young students, both adepts at true magic, who vie to inherit to inherit the mantel of the master magician instructing them, this novel's plot resists the sort of tidy narrative resolution that Straub had, through his other books, helped to establish as part of the template for the modern horror novel. Instead of solving its many mysteries, Straub strives to deepen them, alluding as he does to that fundamentally irrational and inexplicable component that gives the supernatural its aesthetic allure. Floating Dragon (1983), which netted Straub the British Fantasy Award, was another unconventional horror novel. Much more flamboyant and relentless in its deployment of horror set pieces, it showed Straub exploring, and almost flaunting, the modern horror novel's full range of possibilities.

The publication of Koko in 1988 marks a turning point in Straub's writing career. On the surface, the novel departs markedly from the type of macabre tale he had been writing and refining for more than a decade and, given the exhaustive venting of supernatural incidents in its predecessor Floating Dragon as well as the horror genre's (then) increasing cross-pollination with psychological-suspense and serial-killer fiction, it seemed that Straub was putting supernatural horror behind him. Straub would, of course, challenge such assumptions with later novels including Mr. X (a contemporary refurbishing of themes from H.P. Lovecraft's tales of supernatural horror), lost boy lost girl (fundamentally a haunted house story) and In the Night Room (which explores the permeable boundary between fiction and reality). But Koko itself is a challenging novel that defies tidy categorization simply as a serial killer tale. Straub roots the story in the tour of duty that a squad of soldiers shared in Vietnam. Twenty years later, clues left at gruesome murder scenes suggest that one of them has been unhinged enough by his experiences to turn brutal serial killer. To prevent more deaths, and possibly save themselves, the veterans must regroup and revisit the traumatizing combat experiences that have left most of them in varying stages of disaffection and dysfunction. As the novel moves back into the past its scenes become increasingly surreal and hallucinatory, setting the stage for a final mystery that remains effectively, if disturbingly, unresolved. Koko is remarkable for its rendering of incidents so psychologically disorienting and so inarticulable that the intense emotions they arouse approach supernatural experience. The judges of the 1989 World Fantasy Awards admitted as much when they honored it as the best fantasy novel of 1988.

Koko has since proved the cornerstone for a series of stories centered around the experiences of Tim Underhill, a Vietnam vet turned horror writer and the putative author of Straub's 1986 short story "Blue Rose." Straub's next two novels, Mystery (1990) and The Throat (1993), also feature Underhill and flesh out what has been dubbed "The Blue Rose Trilogy" (although Underhill has played a part since in the story "The Juniper Tree" and the novels lost boy lost girl and In the Night Room, and doubtless will appear in more stories to come). Although it is natural to view Underhill as a fictionalization of (or, at least, a mouthpiece for) Straub himself, this still evolving story cycle-which has dominated Straub's writing for most of the past two decades-is much more than an experiment in postmodern narrative gimmickry. In their smooth and fluid shifts from elements of well-told mystery tales to supernatural horror thrillers, their juxtaposition of intimate character study and panoramic pathography of small towns where lives are undermined by failed dreams and thwarted desires, and especially their brilliant explorations of the interrelationship between art and life and how each gives shape and significance to the other, they represent the culmination of Straub's artistry as a storyteller.

Straub's stature as a novelist of the macabre is so formidable that it is easy to overlook his other considerable literary achievements. He has collaborated with Stephen King on a dark fantasy diptych, The Talisman (1984) and The Black House (2000). He is the author of three story collections, Houses without Doors (1990), Magic Terror (1997), and 5 Stories (2008), whose selections range from the modern fairy tale "Ashputtle" to the small-town gothic "Goodbye Porkpie Hat" and "Mrs. God," an oblique strange tale in the spirit of Robert Aickman's fiction. Sides(2007), a collection of essays and introductions, features his perceptive non-fiction on writing and writers. His anthology Ghosts (1995), published under the imprimatur of the Horror Writers of America, helped to raise the bar for the modern ghost story if only through its inclusion of his own "Hunger: An Introduction," which managed to be both a work of ghost fiction and an insightful deconstruction of the ghost story form. His reprint anthology Children of Poe (2008) collects some of the best macabre fiction published in the modern horror era by writers both in and out of the genre, and his selection of stories for the Library of America's H.P. Lovecraft: Tales (2005) helped to establish Lovecraft's work as part of the American literary canon.

Straub is, to date, a two-time recipient of the World Fantasy Award, an eight-time winner of the Bram Stoker Award, a two-time winner of the International Horror Guild Award, and a Grandmaster of the World Horror Convention as well as a recipient of the International Horror Guild's Living Legend Award. He has been honored with a book-length critical study of his writing, William Sheehan's At the Foot of the Story Tree, and he and his work will certainly merit more critical explorations in years to come.

At a point in his career when most other writers would be content to fall back on their greatest hits and rework the cliches that they themselves have helped to create, Straub remains fearlessly original and unpredictable. He is horror fiction's jazz virtuoso, an artist who continually strives to give shape to the ineffable, to channel the inexpressible, and to give form and meaning to that uncontainable force that is the essence of creativity itself.

UNLESS OTHERWISE INDICATED: All graphic content on this site is © 2002 Chad Savage/Sinister Visions.
All other content is © 2008 International Horror Guild.
All Rights Reserved.